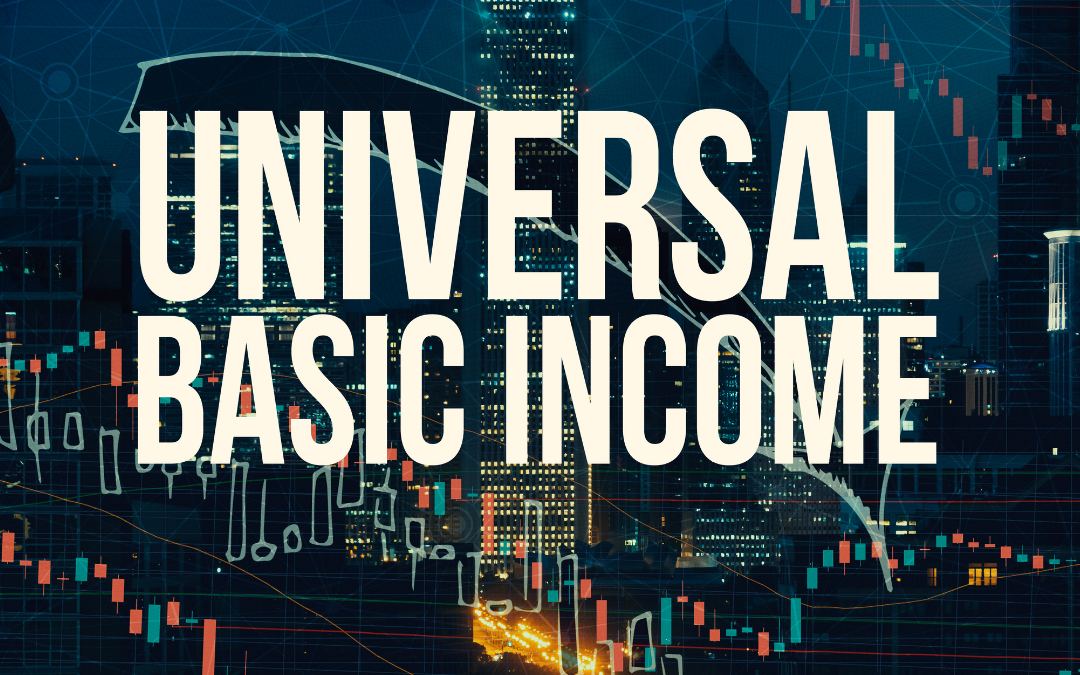 “Put money in the hands of people!”

As the devastating wave of Covid-19 pandemic hit India, the country went into abruptly imposed lockdowns, the Indian economy suffered a severe demand shock and the GDP contracted. Amidst all the chaos, several economists tirelessly suggested to put money in the hands of people, unconditionally! One among them was the Nobel laureate, Abhijit Banerjee. The idea was to hand out cash to the poorest 60% of the population, an amount large enough to fulfil their basic necessities and also, to stimulate aggregate demand. This solution resonated with the rationale of the much-debated unconditional cash transfers for redistributing income, the Universal Basic Income.

The pandemic sparked the longstanding discussion on the plausibility of Universal Basic Income, globally. UBI is an unconditional fixed cash transfer payment provided to every citizen or resident regularly, by the government or any other institution in the public sphere. It asserts that the society should first and foremost cater to the most basic needs of survival for all its members. The idea of UBI is based on the aspects of universality, individuality and unconditionality. With the advent of the pandemic, the concept of UBI has started to appear less outlandish, especially in the Indian context where majority of the workforce engaged in the informal sector was left wringing hands.

Arguments ‘for’ and ‘against’ Universal Basic Income

What make this topic worth studying are the credible arguments both in favour of and against UBI. The proponents of UBI argue that basic income helps in treating the symptoms, if not the causes of poverty. It provides enough financial assistance to pull the masses out of absolute poverty. Digitalization and automation caused many workers to lose their jobs and become structurally unemployed. This is especially problematic for the marginalized workers who cannot invest in trainings and skill enhancement programs to keep up with the technological advancements. This technology-induced job loss reinforces the income inequality and widens it. The UBI will bridge the gap to some extent and allow workers to invest in the most fundamental human resource development indicators of health and education. It will consolidate many targeted schemes and policies into one single entity.

Talking of the desirable social outcomes, UBI would bring a shift in the purchasing power directly into the hands of unpaid workers of the household, who are generally the women. It would provide women with greater financial security and autonomy. UBI will generate in the minds of people a sense of agency over their lives. Also, having some money in the pocket will give the workers more bargaining power for demanding healthy working conditions from their employers.

The opponents of UBI make several convincing points as well. There is a huge financial pressure associated with UBI, especially in overpopulated, developing economies. It is argued that UBI will discourage people from working which is one of the main sources of socialization and a contributor to the economic growth. Women labour participation may decrease even more. Financed through taxation, it would need a well-functioning taxation system as a prerequisite. It would stand in need of perfect information about the income and wealth status of all the citizens.

The targeted welfare schemes are directed only to the vulnerable and needy sections of the society, but UBI by its very definition is universal and unconditional. This will channelize the resources away from the people in need to the people who don’t need them. This shift is relatively unproductive; thus, it is considered as a leakage. UBI can cause an increase in the inflow of unskilled migrants seeking protection from a life of extreme poverty in their home country. But research suggests this is an unlikely consequence as the decision of moving to another country incorporates many factors and not just the benefits offered.

The pandemic is not the first time that this question of a basic income has drawn attention in India. The Economic Survey 2016-17, tabled by the then Finance minister, Arun Jaitley, proposed quasi universal basic income as the long-term solution for poverty alleviation.

The survey suggested if the topmost well-off quartile is excluded from the programme, then UBI with 75% universality, can potentially bring down poverty to 0.5% of the population at the cost of 4-5% of GDP. The amount estimated to pull the poor above the Tendulkar poverty line was Rs 7,620 per year, for each person.

The budget 2016-17 showed that 5% of GDP was being channelized towards funding 950 central sector and centrally sponsored sub-schemes. Considering the high expense of UBI, it would only be a viable option if it replaces the existing welfare schemes. In practice, UBI has less distortionary impact on the economy as compared to other welfare programs.

A couple of crucial prerequisites were mentioned for the successful implementation of UBI. First, a functional JAM (Jan Dhan, Aadhaar and Mobile) system to ensure financial inclusion. Second, the federal spirit of Centre-state negotiations regarding the funding of UBI.

In the early 2010s, India did one of the largest pilots using Randomized Control Trial (RTC) technology. The objective of these evaluations was to determine the impact of a basic income on the living conditions like health, nutrition, education, sanitation etc. It aimed to record the changes in the levels of economic activities of production, consumption, saving, debt and also to see any impact on the social aspects like women’s status and decision making.

In Madhya Pradesh, SEWA (Self Employed Women’s Association) Bharat and SEWA MP conducted the study. It was funded by UNICEF and Prof. Guy Standing was the Principal Researcher. From Indore, 8 villages were picked as a random sample. Every man, woman and child were given a monthly cash transfer for 17 months. A control group was drawn of similar 12 villages who were not granted the same income. Several evaluation surveys were conducted. The result showed that the basic income reduced the indebtedness of households, they could access better medical facilities and it led to a near-universal financial inclusion.

Another small-scale pilot was carried out in Western Delhi where 450 low-income households were picked as sample. After the evaluation surveys the results concluded that the basic income gave them access to better sanitation, cleaner fuel and consumption of non-cereals.

No country has yet implemented UBI in its true sense, but there have been a number of large experiments and small-scale pilots around the globe. Some of them still continue to run. The Islamic Republic of Iran became one of the first countries to roll out a national basic income program in 2011. Surprisingly, the criticism of UBI acting as a ‘disincentive to work’, was in fact, not materialized. No empirical evidence was found to support this claim

The concept of basic income translates differently for different countries. Despite the promising results of the pilots in India, it is argued that the implementation of UBI is an extremely challenging task. The shift to UBI will be smoother in Scandinavian countries as they have a homogenous population, a well-organized formal sector and guaranteed employment. However, India is on its path to development, has a huge and diverse population and a vast unorganized informal sector.

Soon after the Economic Survey was tabled in the Parliament, the then chief economic adviser in the Finance ministry, Dr. Arvind Subrananian clarified, “The survey is not advocating universal basic income for immediate implementation but the time is ripe for deliberation.” The country might not be fully prepared to welcome UBI right now, but it can definitely start strengthening the system and institutions required in the smooth transition and implementation of UBI. It would require a consensual agreement between the government and the people. It can only be implemented in a gradual, well-planned manner with the help of the state governments and the civil society, together.