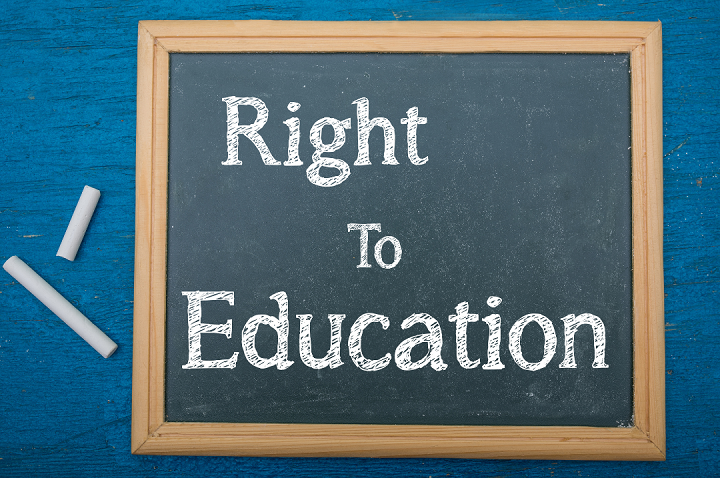 We all know that the ‘Right to Education Act’ has an input based approach to education where higher emphasis is on the resources implied or the inputs put in rather than the output or outcome achievement.

So is this approach really worth it? Let’s have a deeper look in here. Right to Education Act broadly aims to provide ‘free education to all children between the age group of 6 and 14 years’. So the whole aim of this act is to raise the literacy rate in our country and since India’s population consists of a large number of below poverty line segment as well as segments having very feeble earnings, this act definitely had a strong base to be successful.

Now whether we can classify this act as successful or not depends on our perspective, time frame into consideration and how do we see the standards, barriers or the goalposts set for this particular act.

So the Right to Education Act had indeed acquired the much anticipated popularity among the masses. It was also believed that education can be the tool for people to uplift themselves in the society and hence also be able to avail benefits of several previously passed acts like Right to Equality, Right against Exploitation, etc. But, there was a major loophole in this act which turned out to be a root cause for many of its drawbacks. The Act doesn’t define what can actually be referred to as ‘Real Education’. Anyone who is above 7 years and can read and write in one language is not a sufficient standard set by UN at all. To define an ‘educated person’, adequate emphasis should be made on academic as well as practical skills of that person. The RTE act should also emphasize more on social education as children belonging to poorer sections are not aware how our country is slowly burning because of all these issues.

So all in all, we here plan to cover the positives and negatives of this famous act and leave it on the readers to decide whether RTE has done enough to uplift the literacy rate of our country.

So starting with the positives from this act -:

1) When RTE mentions ‘free education’, it is not just limited to the school fees that the child pays. The Act takes care of multiple related factors like purchase of school uniforms, textbooks, transportation fees, meaning that once a child has enrolled, he basically has to pay just Rs.0 till he is educated to a minimum basic level.

2) The number teachers put in this system are defined by a certain pupil-teacher ratio which is pre-decided and helps in avoiding urban-rural imbalance.

3) More resources, acts, policies which are in sync with this act are being regularly made and released like the mid-day meal scheme, acts against child labour and discrimination/harassment of children, making of provisions for special children, etc. have all ensured that we are directed towards the right path not only in terms of raising literacy but also the social culture of our country.

Now, we come to the drawbacks of this act and approach-:

1) Although we have all the above mentioned policies and check systems in place,the inputs we have put in the system are just showing up quantitative figures and nothing else.For an instance,though there are several teachers employed at our government schools,many lack the required qualifications or have a poor attitude(like not taking classes regularly,just teaching for namesake) and this is indeed a very serious issue as if teaching is not upto the mark,providing free school uniforms or textbooks won’t have any utility.

2) Now another drawback has basically risen from the mentality and economic conditions of the people more than anything else.Government had introduced the mid-day meal scheme to increase the gross enrollment ratio in our country but the actual impact the scheme had was kind of shocking.Enrollment of students did increase but cases were observed where children were just attending school for the sake of procuring food and then were either running back home or were just attending the classes without any sense of interest.

3) Corruption is there in any system and education was no exception.The funds,including the education cess of 0.2% which was laid on earlier were far from adequate and most of it was wasted due to either poor implementation of government policies or the fulfillment of pockets of people in power.Even if this was not enough,nowadays many big names and firms have made education a ‘business’ now and are constantly fooling and trapping students,which in turn,is wasting their time and career.So on paper,we might have innumerable teachers,organizations, etc set up and well established giving an impression that the education sector is on a boom, but if one goes deeper inside,this sector might be just like another business or say a trap where the victims are students despite all the acts and rules made by the government.

All in all,RTE Act and the Indian Education system has shown bright spots but there is still a lot of darkness to be removed!

Shifting the policy focus to more towards outcomes than inputs,like regulation of schools based on transparency and disclosure as opposed to input-based mandates might be an optimum solution to achieve what RTE had actually aimed for.