DOGECOIN: The Inception of a Meme Economy 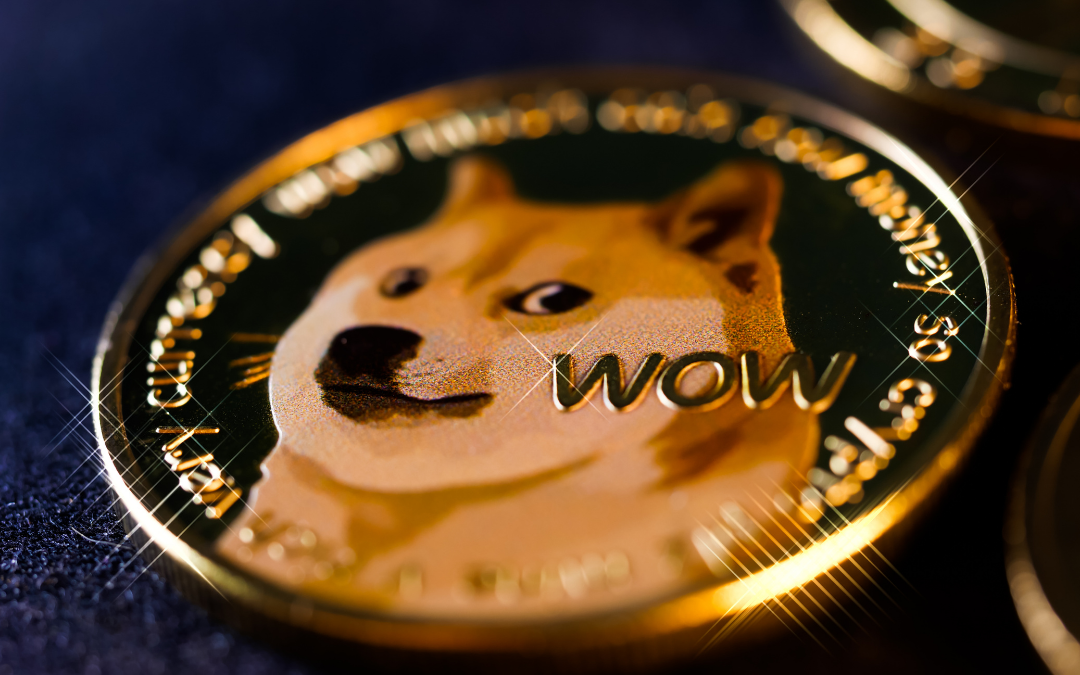 Have you ever seen a joke making you 10x the money you have? Presenting to you, we have dogecoin. What started off as a literal joke by two techies in 2013 has rallied as high as 1600% to-date. After the whole GameStop saga, dogecoin has gone from half a cent to almost 8 cents recently. Yet the netizens can’t keep calm. They want to take dogecoin as high as $1 which might be considered a little extreme (or maybe not), but that’s what the internet does. It’s only time that can really tell us whether dogecoin will have any real value in the long run or will it too, fizzle out.

Have you ever seen a joke making you 10x the money you have? Presenting to you, we have dogecoin. What started off as a literal joke by two techies in 2013 has rallied as high as 1600% to-date. After the whole GameStop saga, dogecoin has gone from half a cent to almost 8 cents recently. Yet the netizens can’t keep calm. They want to take dogecoin as high as $1 which might be considered a little extreme (or maybe not), but that’s what the internet does. It’s only time that can really tell us whether dogecoin will have any real value in the long run or will it too, fizzle out.

After the success of the OG crypto, Bitcoin, many different coins set-off, be the likes of Ethereum, Ripple, Dash, Litecoin etc. Each of these claimed to have different and somewhat superior features than bitcoin. Now all of these post-bitcoin cryptocurrencies come under an umbrella term, altcoin. Hence dogecoin is also an altcoin. However, the difference between dogecoin and other altcoins is that its creators never thought or claimed that they were creating something better or superior than bitcoin. Neither did they think that this was something that would actually kick-off, hence making them super rich. They just liked the doge meme and wanted to do something to make it eternal with their names attached to it. The name of these two techies are Jackson Palmer and Billy Markus. Witnessing the rise of bitcoin in 2012, Billy Markus decided to create his own cryptocurrency, albeit as a derision. Initially, he wanted to base it on a video game called ‘Animal Crossing’, naming it Bells. He actually went ahead with this draft, failing miserably. Around the same time, Jackson Palmer shared the idea of drafting a cryptocurrency on the Shiba Inu dog from the “Doge” meme as its logo and namesake. Markus heard this idea and liked it, calling it the “greatest idea ever” (not that it isn’t). He reconfigured the code for bells to fit the doge theme. Palmer had purchased the domain Dogecoin.com and added a splash screen, which featured the coin’s logo and scattered Comic Sans text. The final draft was released and thus was born, dogecoin.

Dogecoin was never thought to be taken seriously. It was supposed to be a fun, stupid currency in the midst of the serious cryptocurrency industry. Living up to its purpose, the initial applications and usage of dogecoin were for fun and good causes. It all started with reddit users micro-tipping authors of a post they liked as a symbol of respect. Gradually, such instances became widespread all over reddit and many other websites like Tumblr. The dogecoin community also pushed the usage of dogecoin for social causes. For instance, on January 19, 2014, a fundraiser was established by the Dogecoin community to raise $50,000 for the Jamaican Bobsled Team, which had qualified for, but could not afford to go to, the Sochi Winter Olympics. By the second day, $36,000 worth of Dogecoin was donated and the Dogecoin to bitcoin exchange rate rose by 50%. The Dogecoin community also raised funds for a second Sochi Indian athlete Shiva Keshavan, contributing 4.2m dogecoin, roughly equaling $7000. They also donated $11,000 worth of dogecoin to fund a well in Kenya, to help them during a water crisis.

One of the key properties of bitcoin is that it is finite in number. There are 21 million bitcoins and will continue to be so. Each bitcoin will be worth more as more and more the number maxes out. This property is absent in dogecoin. Unlike bitcoin, there’s no limit to the number of dogecoins that can be created. And under the cryptocurrency’s original design, its mining can be done by solving complex mathematical problems. Solving the problems could get the miner 1, or even lakhs of dogecoins.

These properties reflect the seriousness of the founders when they created it. They made it for fun, not to earn millions out of it. In fact, in 2015, Billy Markus walked out of dogecoin after getting laid-off.

“I think it says a lot about the state of cryptocurrencies space in general that a currency with a dog on it, which hasn’t released a software update in over two years – has a 1 billion dollars market cap.”

Another thing to note is that the biggest holder (hodler) of dogecoin owns about 30% of the total cap! And about 50% of the total supply is holded by just 13 wallets. This shows how volatile this cryptocurrency is.

Well Elon Musk happened, if we put it simply. In January 2021, Dogecoin went up over 800% in 24 hours as a result of attention from Reddit users, partially encouraged by Elon Musk and the GameStop short squeeze. In February 2021, Dogecoin hit its all-time high price following Twitter encouragement from Elon Musk, Snoop Dogg and Gene Simmons. And this month dogecoin’s valuation reached an all-time high of $9 billion dollars.

It can be said that as financial products become more and more accessible, and it becomes more and more easy to start investing, these meme momentums, or investing for fun could actually blow up more often. Sadly, for a lot of us, social currency is more valuable than actual currency. People put in money just to see what’s happening or as a result of FOMO; which is fine, but the problem arises when you put a lot of money that you actually cannot afford to lose. When a stock rallies, feelings like excitement, getting carried away, being influenced, getting greedy, feeling regret if you passed on a deal and it made a lot of profit, surface. These feelings are very common and we must be really careful about how we actually deal with our money during these exciting times.

A meme investment is a double-edged sword. Just like any other joke or meme, attention on that asset is very concentrated for a specific amount of time. It goes viral and a lot of it reaches people who have no information what the underlying asset is. But there is a silver lining to it, when these meme trends go viral, a lot of people outside of the ecosystem get to learn about it. A lot of new people get introduced to the investment’s ecosystem. Some of these people take the effort, go ahead and try to gather and learn more about it, getting more financial literate in the process.

If you want to invest, the only recommendation would be to study and research the asset prior to investing. Maybe take a nap or two after researching, and then invest, it won’t matter in the long run. But if you’ve got a pile of money you don’t mind risking, take your shot!